We also have our own neighborhood dog park which to a large part was funded by the Springfield Women Club! You'll find the Springfield Dog Park, a FREE off-leash dog park, in Confederate Park at 956 Hubbard Street in Historic Springfield (click here for a link to a map). 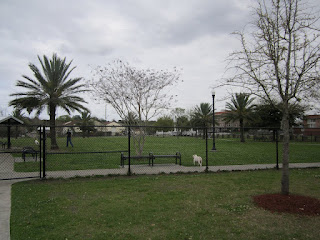 We took Mio there last week for a quick meet and greet with some of the neighborhood pooches to help him get acclimated and socialized. It was a little windy and overcast, but not too cold for a quick first outing.

It's a great place if you want to take your dog out for a spin: there are separate, fenced in areas for small dogs and large dogs, shade covers and benches for tired owners, pick-up stations in case your pooch leaves a present and you forgot to bring a bag for the mess, water fountains for both, four-legged and two-legged creatures and it's lit so you can even come (or stay) when it gets dark! 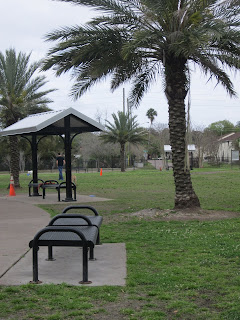 You also get to meet nice people, both from the 'hood as well as those who come visit on a regular basis. 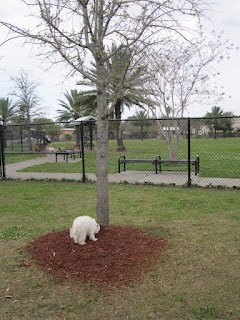 Mio was busy checking out the trees; his nose was going into overdrive from all the smells, even though he wasn't too thrilled about meeting other and much bigger dogs. He was quite happy they were on the other side of the fence. 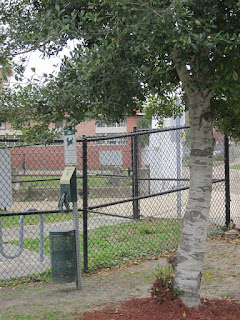 Pick-up station with trash can - how handy.

Looking for a dog park near you in Jacksonville?
Just follow this handy-dandy link to a map of Jacksonville for more
Posted by Micha @ A little old house at 8:02 AM