Christmas made in the South

In order to kick-start the Christmas season in style this past weekend, my friend Cheryl and I went to "Christmas made in the South", the premier Craft Fair here in Jacksonville.

Between seeing all the various lovely and amazing crafts, trying the delicious dips and tasting the heart and soul warming mulled wines, coffees and hot chocolates we had a grand girlfriend time (which was long overdue) and even scored a couple of really cute Christmas presents (Cheryl) and some yummies and additions to the decorating bin (me). 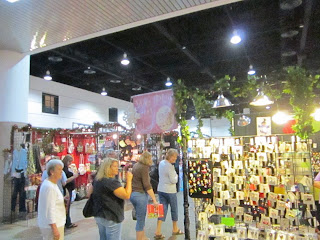 Checking out the goodies 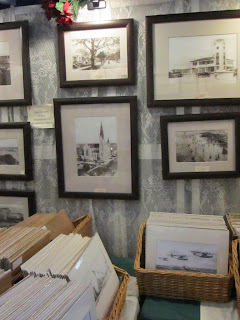 The first vendor booth that magically drew us in was a treasure trove of vintage photoghraphs. We we even met fellow Springfield neighbors for a quick chat over pictures from the first heydays of our neighborhood. 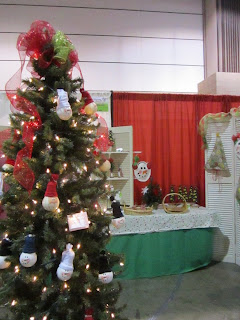 This vendor graciously allowed me to snap pictures of her booth. She sure had the cutest snowman ornaments at the fair! 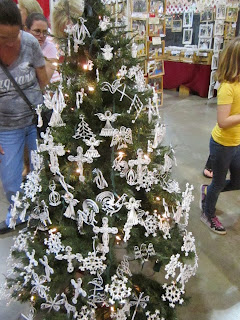 Cheryl picked up a few more of these bent wire ornaments. The tree sparkled and twinkled and looked simply stunning. Too bad it doesn't go with our current decorating scheme at all. 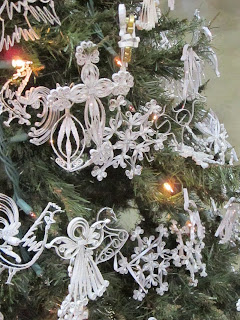 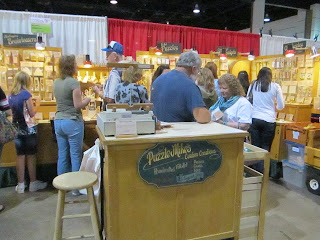 We spent quite some time playing with the "tester" toys at this stand: puzzles, catapults and other old-fashioned games that just never grow old or boring. 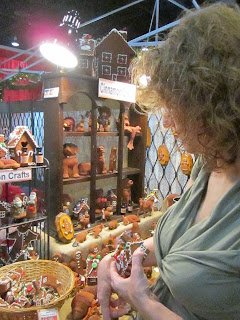 This one won the "best smelling stand" hands down: whimsical ornaments crafted from Cinnamon bark and scented with Gingerbread or Cinnamon oil. 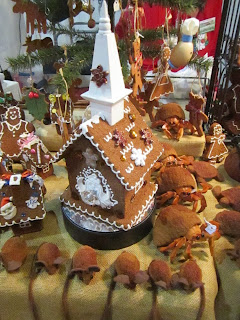 Two of these cute little mice came home with me. Now, the Ugly Duckling smells like
a cinnamon roll. 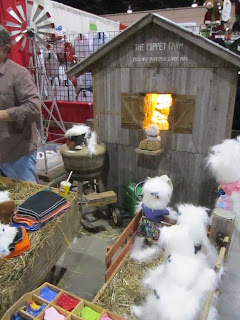 Thoroughly inspired, back home I broke out the first garlands and strings of light to get started on my Christmas decorating. It's a work in progress, happily stretched out over the next couple of weeks. The Christmas tree - contrary to popular American tradition - comes last. In my family the tree was bought just a week before Christmas, got a few days outside to stretch and was brought in and decorated just a few days before Christmas. The many lights on it, however, remained unlit until Christmas eve when the Christkind (english: the Christchild) brought the presents. That's a Christmas memory that's hard to beat: seeing the Christmas tree blazing with brilliant lights, all a-sparkle, while Christmas music played softly in the background. For a few moment, even to us children, the presents were entirely secondary ...

Before we were allowed to open our presents we had to do a little "schtick": it could be reciting a poem, singing a song or playing something on our instrument (once we started taking music lessons). We're continuing some of those traditions with the Little Man and over the past years we've come up with a pretty neat combo of German and American Christmas traditions. This year, since it's our first Christmas at our Ugly Duckling, we won't be traveling but staying home so expect to see a few posts on how we roll at Christmastide :o)
Posted by Micha @ A little old house at 7:35 AM