Quicky In The Bathroom

I don't mind sharing with the husband at all, and all three of us did share one bathroom before we bought our little old house, but still ... it's nice not having to share with stinky, messy boys ;)

They also keep their boy bathroom clean-ish and so I don't have much reason to go in there, except for the occasional pilfering of toilet paper or looking for medication for Little Man.

That's how I discovered that one of my men had fallen victim to their Herculean strength and broken one of the hinges of the medicine cabinet. Well, actually it was the lopsided mirror that gave it away.

While I went shopping for a replacement, the husband tore it out of its wall cubby. That's when things got interesting in several ways

- drywall was damaged; what was supposed to be a simple switcheroo became much more involved - as usual, really
- the cabinet was shaped like a ... what's the word? tray ceiling starting large with the frame, stepping down a size and getting smaller, and then - surprise, surprise - taking the size down another step - the one we didn't measure until it was too late.
- Nobody seems to sell 'Dutch Boy' paint around here any more and I had to find a match or repaint the entire bathroom 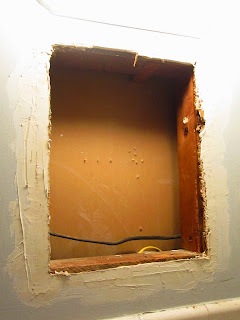 Here's the hole in the wall in all its glory.
There was a moment's temptation to just by a large wall mirror, cover the hole, and call it a day.
Then I remembered the scathing hate we feel for all those crazy dumb quick fixes we unearth (me and my neighbours) throughout our neighbourhood - from caulk and duct tape in odd places to toothpicks and cardboard in even worse spots) and decided to put on my big girl pants and man up. 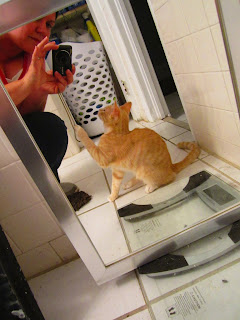 Thank God Athena was around to keep me on target! Here she is correcting my camera angle! 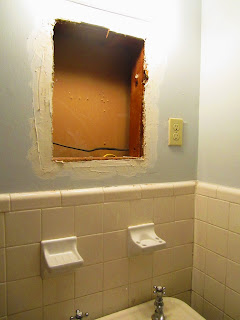 Some where along the way I forgot to keep taking pictures of the process. It was pretty straightforward though, no matter how tedious and aggravating I find drywall repairs. That dust gets everywhere and good repairs require a slow, careful layering of dry wall mud - there are only so many bumps and irregularities you can sand out, so it pays to take it slow.

Anyways, while the drywall repairs dried, I went off in search of a color match to the existing paint. I 'thought' I'd found it - the paint chip was spot on! in every light - but when I returned home with my can of paint, it because immediately obvious that the paint -in- the can was way too light.

Well, I have an entire stash of testers in various shades of blue, so I sat down and started mixing my own 'match' - no kidding.
And the best of it? It worked!
Spot on! 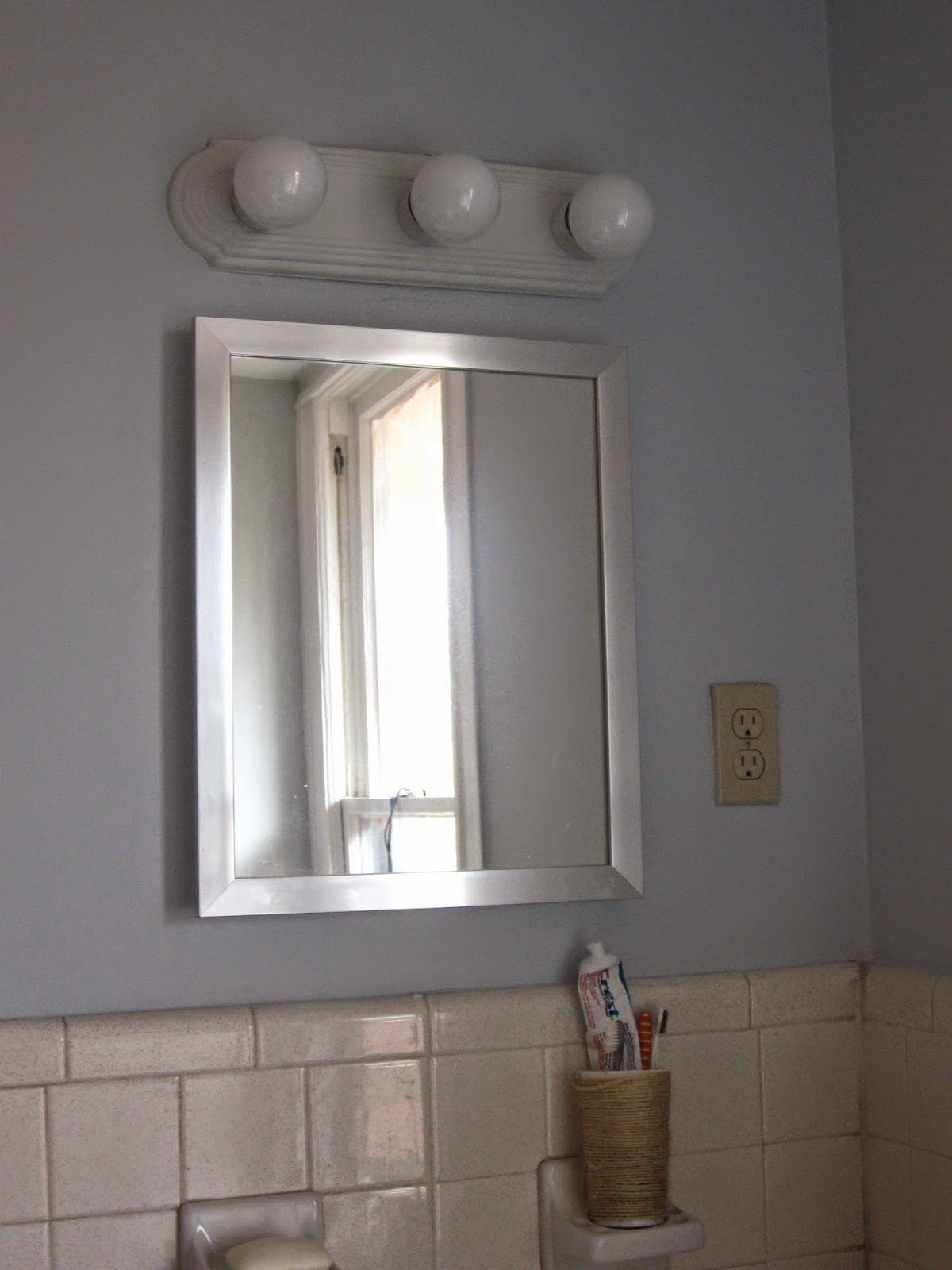 All fixed!
No more hole in the wall and a nice clean place to put medications and bathroom stuff with a functioning door to boot!
Posted by Micha @ A little old house at 12:23 PM