Our Elf "Barrigade" is still going strong and the quest for the elf first thing in the morning has grown into a fun routine. I wrote about our first couple of elfcapades over here and thought I'd show you what he's been up to since then: 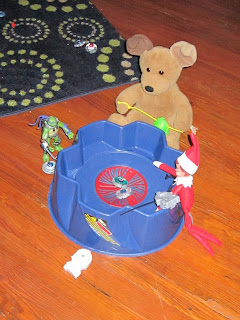 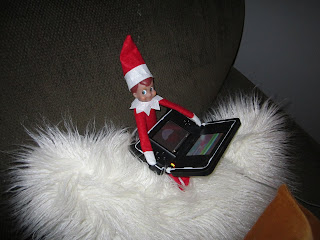 Then we caught him with Little Man's Nintendo DS 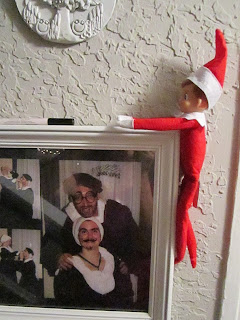 and glasses and other stuff on our picture frames 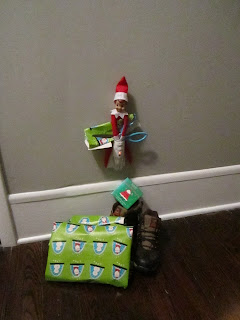 Occasionally he can be helpful. Here he helped St. Nikolaus wrap

Email ThisBlogThis!Share to TwitterShare to FacebookShare to Pinterest
Labels: Christmas, Elf on the shelf